What does it mean to be a European Green Capital finalist?

Grenoble being named as a finalist in the European Green Capital contest, a new question has been popping up more and more often: “What makes Grenoble so ‘green’?” 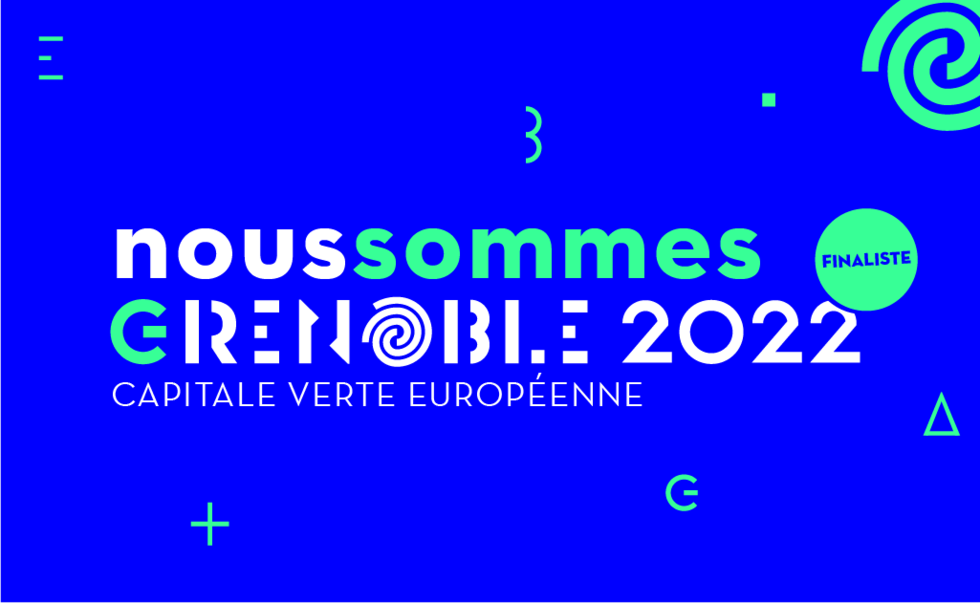 Climate Mitigation/Adaptation
The city has participated in putting a Local Urban Plan (PLU) – basically a regulatory framework for local urban development – into place that sets guidelines for eco- conscious practices, like:

Conjointly with the greater Metropolitan area, the city has led a tree planting campaign (over 3,000 new trees have been planted since 2014). The existing tree count is 37,000 in the city.
Anticipating climbing summer temperature and the need for citizens to to cool off, It has created new spaces based around water (water in parks, fountains, urban ponds, etc) to encourage cooling in an urban setting and provide opportunities for inhabitants to cool down in the summer.
It has built 3 energy-efficient elementary schools with outside shade to protect students on hot days.
The city has rethought its ground surfaces to reduce the albedo effect.
It has created a heat wave plan that takes the most fragile populations into account (those without access to indoor cooling, older people, etc).

Sustainable Mobility
Grenoble and its Metropolitan surrounding area have taken a number of measures to make transportation more sustainable and reduce inhabitants’ dependence on cars.

Some of its actions:
- The creation of myriad new bike lanes
- The creation of a new network of “bike highways” – protected lanes that allow bikes to cross the city quickly and safely
- Tram lines have been built out into the suburbs to encourage alternative ways of commuting
- Part of the downtown area is now closed off to car traffic completely
- There are limits on high-polluting vehicles at certain times to offset pollution increases
- High-traffic bus lines have been improved, making them faster (some with dedicated bus lanes in congested areas) and more frequent - - - The city and Metropolitan area have, in general, encouraged alternative modes of transportation with various actions like providing more places to lock up bikes, providing access to electric scooter & bike rentals, etc.

Sustainable Land Use
The city has encouraged urban farming & even bought some tracts of land with the intention of using them for agricultural purposes within the city limits:
- It has invested in facades with vegetation
- It has encouraged citizen-led planting initiatives in high-density neighborhoods – orchards, collective gardens, etc.

Noise Reduction
The Metropolitan area has been proactive in combatting urban noise. Its work is complex and has been thorough.
The basic contours of the city’s approach consist in 1) observing noise levels, 2) identifying hot spots, and 3) putting sustainable solutions into place to combat unnecessary noise.
These solutions have included:

Air Quality
For a mid-size city, Grenoble has had to work hard to combat air quality. Its natural position between 3 mountain ranges makes it especially vulnerable to stagnant air and a high density of stagnant particulates.
The strategy for air quality is similar to noise reduction: observation, identification of hot spots, and intelligent reduction. The city and Metropolitan area work with a pollution “Observatory” that provides a daily index of pollution levels. This is published publicly and accessible to all residents.

To encourage the reduction of pollution and the improvement of air quality overall, Grenoble Alpes has done a few things:
- Limited speeds within certain city limits
- Limited high-polluting cars
- Subsidized the purchase of cleaner wood-burning stoves or fireplaces for residents in the area (this is, surprisingly, one of the MAJOR sources of particulates in winter time)
- Subsidized large insulation projects in older buildings
- Subsidized the purchase of cleaner cars, vans and trucks for professionals
- Encouraged alternative modes of transportation
- Renewed the Metropolitan areas’ van and truck fleets, replacing gas/diesel vehicles by electric & natural gas vehicles

Waste
Though Grenoble has been late to adopt some key waste management initiatives (like individual composting), it has, in the past 5 years, rolled out a progressive waste management plan to update this infrastructure to be “greener” – catching up and surpassing most current urban waste management schemes.

The plan includes:
- The addition of individual composting & the construction of a biomethane center where the compost becomes methane, which is in turn used to fuel city vehicles
- The encouragement of individual composting and vermicomposting
- The creation of a plan to incite people into throwing away less garbage through taxing garbage by weight
- The incineration of garbage and use of the heat generated by this process to provide redistributed district heating
- The addition of non-selective plastic recycling to incite greater recycling use. The city now accepts ALL types of plastics (whereas certain plastics could not be treated by the older recycling system, complicating the effort to encourage citizens to recycle)

Water
In general, Grenoble enjoys a very high quality of water thanks to natural resources around the city (aka the Alps). The majority of its water (76%) is filtered naturally in the mountains and thus does not need to be treated by the authorities before being distributed to inhabitants.
The greater Grenoble Metropolitan Area has put in place a system to reduce the amount of nitrogen in waste water. They achieve this by adding bacteria that creates a type of sludge that can then be used as a biogas. This center is the largest producer of biogas in the region.

Green Performance & eco-innovation
Grenoble and the Metropolitan area have been at the root of several initiatives for “greener” neighborhoods & building projects.

- Eco-neighborhood “Bonne” – this is a high-density neighborhood that is a “green” footprint on the city. The buildings and parks were developed with the idea of offering comfortable urban living (discouraging suburban flight and thus dependence on cars), as well as some innovative concepts at the time of its construction, like solar panels for the generation of some of its electricity. It offers a park with trees, a pond and games for kids, in order to encourage mixed usage and biodiversity within the city.
- Eco-neighborhood “Flaubert” – an old industrial site, this neighborhood is currently being built around multi-usage living. With rooftop gardens and a large park, it promises to be a modern take on an urban family lifestyle
- Eco-friendly buildings & new urban living schemes on the Presqu’ile – this formerly non-residential plot of land was constructed recently with a set of experimental buildings that respond to the challenges of urban living in the time of climate change. One of the buildings is an experimental project that is completely autonomous in energy production.
- In addition, the greater Metropolitan area has organized several modernized business parks to respond to the needs of companies & industries with specific industry needs.
This is not an exhaustive list of projects, but illustrative of the direction in which the city and the Metropolitan area are going.

Energy Performance
The main energy provider in Grenoble, GEG, has committed to supplying 100% green energy to the city. By 2022, the generation of enough energy for all Grenoble’s inhabitants will be produced in a completely sustainable way.
The area around Grenoble is the region that produces the highest amount of hydraulic energy in France.

This is a bird’s-eye view of only SOME of the initiatives that have led to Grenoble being considered among the finalists of the Green European Capital, and there are probably many more. If you can think of some that we’ve missed, we’d love to hear from you on our social networks or by email.